How AI in the Exam Room Could Reduce Physician Burnout 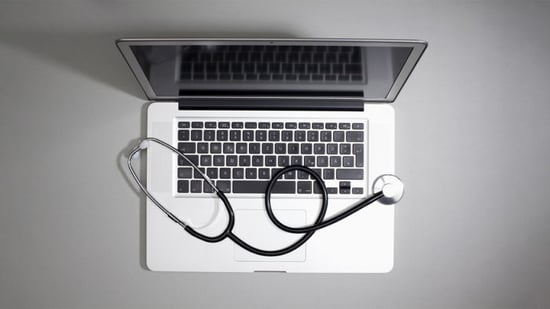 How AI in the Exam Room Could Reduce Physician Burnout

A surge of new healthcare products from wearable consumer health trackers to diagnostic algorithms promising to improve medical outcomes and costs with artificial intelligence (AI) is prompting physicians and hospital executives to ask a fundamental question: "Are these technologies solving the right problems?"

Two ongoing developments add scale and urgency to this important question. The first is a virtual gold rush of technology vendors looking to stake a claim in the healthcare IT market, which is projected to top $390 billion by 2024 according to research firm MarketsandMarkets. The second is what the World Medical Association is calling a “pandemic of physician burnout,” caused by a staggering workload of electronic paperwork to document patient care and which is required for insurance coverage, financial reimbursement, and medicolegal liability protection. More than half of clinicians report feeling burned out from the hamster wheel of documentation and reporting tasks that often require spending two hours at a computer for every hour spent in patient care. A 2019 study published in the Annals of Internal Medicine conservatively estimated the resulting annual costs of higher physician turnover and lower revenue from reduced clinical hours at $4.6 billion.

It is essential to develop technology that empowers doctors so that they can get back to doing what they trained for and love. It is equally important that we return to patients their doctors’ undivided attention.

Accordingly, healthcare IT development should begin with a deep understanding of how clinicians need and want to work, then implement AI capabilities with the explicit goal of adapting to and supporting how they deliver care. Ambient clinical intelligence (ACI) is one promising approach.

As the name indicates, ACI is less a device than a set of capabilities as unobtrusively present and available as the light and sound in the exam room. The best way to picture ACI is to think of a typical exam room with a flat-screen display on the wall showing requested information. An inconspicuous array of microphones captures the patient interaction accurately regardless of speakers’ movements or positions. A computer isn’t needed in the exam room, because the computing and data entry takes place behind the scenes in back-end and cloud-based systems.

ACI builds on the familiar speech recognition technology that doctors have used for the past 20 years. It also uses voice biometrics — in short, a way to identify individuals by voice — to authenticate clinical users, and other technologies to distinguish between the clinician, patient, and anyone else in the exam room. It also integrates conversational AI, machine learning, speech synthesis, natural language understanding, and cloud computing to provide diagnostic guidance and clinical intelligence. That includes highlighting potentially overlooked diagnoses based on patient history and symptoms, as well as possible drug interactions and recommended alternative medications. The system responds in real-time when the doctor asks to view patient histories or test results, prescribes medications, orders tests, and schedules follow-up appointments. Once the patient visit is over, the system creates a summary for the patient, updates the patient’s record, and enters appropriate billing codes for the physician to review, edit, and submit in the electronic health record (EHR).

Patient privacy is necessarily integral to ACI for HIPAA compliance, system functionality, and user acceptance. The patient data collected in ACI must be closely guarded, stored with the patient’s consent, and only repurposed in anonymized form for clearly defined clinical purposes.

Today, an array of providers, including Nuance (where co-author Petro is CTO), Microsoft (which has partnered with Nuance to accelerate ACI development and deployment), Google, Amazon, and Apple are developing versions of the technology.

Two of us (Drs. Ash and Rab) began pilots of Nuance systems at our institutions earlier this year. We started by providing ACI to a minimum of five physicians each in specialties that tend to have structured visits and predictable issues, including: orthopedics; ear, nose and throat; surgery; gastroenterology; and cardiology. This measured approach allows us and our clinicians to refine the technology and to adapt to a workflow that is at once different — in how we have used technology — and familiar, in how we naturally deliver patient care.

To measure ACI performance we are capturing metrics related to the quadruple aim of enhancing patient experiences, improving population health, reducing costs, and improving the work lives of healthcare providers. Those include independent patient satisfaction surveys, EHR data indicating documentation of time per visit and after-hours documentation, average visit counts per provider, and qualitative assessments from physicians comparing ACI to the use of remote virtual and in-person scribes, and when no scribe is used.

It’s too early to report definitive quantitative conclusions about clinical or financial outcomes. However early data and personal reports from physicians using ACI have been encouraging. For example, 95 percent of patients whose doctors used ACI during a visit have consented to being recorded, and turnaround time for ACI to complete reports in the EHR is 50 percent lower than what we had anticipated.

The clearest results to date are qualitative, especially in physician satisfaction reported directly to us and spread by word of mouth from physicians using ACI to others who have not experienced it. One physician reported that, “I would probably spend six to eight hours a week documenting. I bet that my time has been cut in half, if not by two-thirds. Spending an extra five minutes on every patient, if you’ve got 30, 35 patients, that’s a lot of time, and you can find a lot of things to do with an extra two hours every day.”

More generally, one commented that ACI “allows the patient visit to work the way it should.” One of the most striking comments came from a physician initially skeptical of ACI, because past technologies failed to deliver on promises of reduced administrative burdens. He is now an ACI supporter “because it allows me to go back to being a physician versus a data-entry clerk and allows us to do what we wanted to do in a way that doesn’t fracture the patient-physician relationship.”

ACI and other new AI technologies can transform healthcare. But technical advancements alone cannot achieve the improvements we need in costs, quality, and outcomes. That can only happen by designing technology in support of clinicians who make the healthcare system work and care for us and our families.

Michael Ash, MD, is EVP-Chief Transformation Officer of Nebraska Medicine and vice chancellor of Information and Technology for the University of Nebraska Medical Center (UNMC). He previously held positions at Cerner Corporation, including Chief Medical Officer and VP for physician strategy and innovation. Before Cerner, Dr. Ash practiced as an internal medicine physician.

Joe Petro is the Executive Vice President and Chief Technology Officer of Nuance Communications. Before joining Nuance in 2008, he served as Senior Vice President of Product Development at Eclipsys Corporation and as an executive in startups and large‑scale enterprises.

Can your fingers keep up with your brain?
Take the typing challenge! 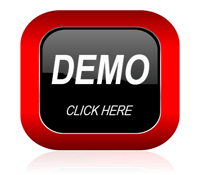